Last week, Jim Carrey gave what some may call a bizarre interview, and others an enlightening experience. When approached by a reporter on the event’s proceedings, Jim took this as an opportunity to drop a subtle existential barrage that would leave Bill Murray lost in translation. But what really caught stuck the most in his pensive state was his seemingly impalpable gesture with accepting his reality as sacrosanct achievement:

“There is no me…There are just things happening and there are clusters of tetrahedrons moving around together.”

Aside from a minor case of pomp and circumstance in his blunt gestures, he had a point. Science has continually built up in support of evolution-based theory and these “tetrahedrons” as well as the stark of reality of multiple dimensions, the big bang, and autism-free vaccinations. Even much of today’s younger generations favor vehemently against aligning with an individual religion or category, instead keeping a rather broad stance on the metaphysical. While this doesn’t necessarily disprove the legitimacy of many organized religions today, it does add to the argument of: is there really a higher purpose to our existence, or..

I firmly believe much of science, politics, psychology, everything really, has to do with the reaction we hold to the simple question: What happens when we die?

This one Q&A has more of an impact on our lives than any interview with Queen Bey ever could, maybe (no disrespect to Mrs. Knowles, her music is life changing). Our reaction to one question that matters is the primary motivator and hindrance to every decision and chance we hold in our lives, yet one trend holds true in these recent years.

Apathy, permeating through the streets. Shit music on the radio, a shit for a president in the potentially greatest globalist state in the world, the youth balancing prepubescent nihilism with their first steps into the app-less reality and politics, all the while the second guessing of meaning to this looms over head. In what Radiohead perfectly illustrated a “fitter happier” contemporary society, many just take the state of the world with… meh. All the while, almost under their noses a jarred sense of existentialism is steadily growing as a consistent paradigm this generation holds, yet in a mutated state. Existential humanism, in its purest context, is never in congruence with apathy, the general wave of no fucks among the general population.

In a previous article I talked about how dystopias would never work in the real world, but it doesn’t necessarily mean they would never exist, it’s all in the fine print, the perspective of what is deemed as a dystopia. In a day in age where one’s snapchat series holds more weight than heightening nuclear war, the argument for a doomed tomorrow is plausible. Like Jim Carrey and the rest of the universe, we are just things happening, in an infinite number of ways. What you do, you wear, you feel, say, plead, exclaim from the top of your lungs is a piece of redundancy, one of the infinite ways you could have reacted based on the artificial constructs that you cling to, that keep the paranoia at bay. That may have seemed naive, but I’m sort of on your side. Like many still alive, I have spent a sizable amount of time thinking about how pointless everything is. Yet in a number of ways to look at life in pessimistic regard, so many of us chose to want happiness, want purpose over total reason. This begs the question: How does one stay existentially self-aware of their place in the universe, all the while find that feeling, the meaning in the face of nothing?

This is where my favorite show comes in: Rick and Morty. An inebriated knock off of the Back to the Future series arc, this show gives quick wit humor and undertones of nihilism intermixed with sentimentality, cloaked in Lovecraftian postmodernism and delivered by “one of the most sardonic characters in the history of television”, Rick Sanchez. The Infinite variations of Ricks and Mortys are often parallel to the infinite versions of humanity in each episode’s meticulous probing. The cast, all rather apathetic individuals that learn to deal with the absurd and uncompromising chaos of the universe; in part, via the help of Rick.

“Every morning, Summer, I eat breakfast 20 yards away from my own rotting corpse,” Morty tells his shocked sister. “Nobody exists on purpose. Nobody belongs anywhere. Everybody’s going to die.” He then adds, “Come watch TV.” -Morty

This passage echoes a passage from Jean-Paul Sartre’s 1938 novel La Nausée: “Every existing thing is born without reason, prolongs itself out of weakness, and dies by chance.” The key, however, is that despite these bleak truths, Morty’s episodic discernment rarely imply hopelessness. On the contrary, these truths are empowering to him. They make life precious; give meaning to nothing.

The show all around embraces both cynicism and schmaltz in dealing with the realization of mortality, and how we choose to live out our lives in light of this. Some of the same emplacements that we subconsciously cling to, yet do not seem to get the full picture. In existentialism, one is the controller of their own world, you deal with whatever you get yourself into, you always have freedom of choice, much like how Rick is respected by his daughter for not making his problems others’, even though its that very lack of connection to both his crippling conscience and his relationships to his family that tears the family apart. 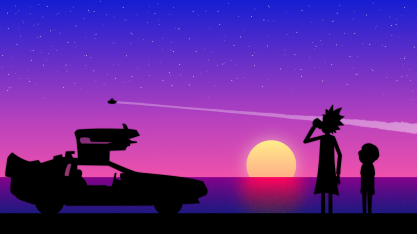 Bouncing between schools of thought like Camus Absurdism or Kierkegaard’s modern existentialism, with a sprinkle of the utter necessity of music by Nietzsche, the show spreads it reach wide on many existential concepts and reformat it in a relatable way. Existential programming like this show usually deal with a world and/or a life that is devoid of any preordained meaning, rules, or justice. It often deals with a confusing struggle to find personal meaning in an absurd world that presents no trace of it on its own. These are movies where we are forced to look at life and see that we have a choice to embrace truth and make our own choices according to our own conscious free will, or perhaps take the easier route and let the establishment of our society around us dictate our brief existence for us. Or, perhaps we don’t have a choice, but we are forced to become painfully aware of this futility. The only choice would be to embrace this truth and have a laugh at the absurdity of it all. 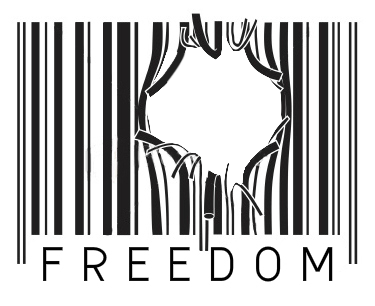 Jim couldn’t have put it better: “Every time something like that has happened, I’ll look at it and go, ‘Oh my gosh, I really wasn’t very respectful of what they were trying to do,’” he said. “But at the same time, people are drawn to it. Because it is bullshit, it doesn’t mean anything. What’s an icon? It’s like, these are all abstract ideas. I have characters that I think about fondly, but the icon business is a weird deification of people that is never really a healthy thing.”

Like the tragic tale of Sisyphus, seeking material pleasure is an eternal task of pushing a boulder up a hill for all eternity. Once one has acknowledged the absurdity of the universe, like Morty continues to do, his or her only option is to is simple – rebel; to rebel against the absurdity and bear the trials and tribulations of life’s burdens.

Kierkegaard spoke often on Absurdist philosophy: “…in spite of or in defiance of the whole of existence, he wills to be himself with it, to take it along, almost defying his torment. For to hope in the possibility of God, not to speak of help by virtue of the absurd, that for God all things are possible – no, that he will not do. And as for seeking help from any other; no, that he would for all the world; rather than seek help he would prefer to be himself – with all the tortures of hell, if so it must be.”

The thing is, there is something oddly comforting in finding meaning in nothing rather than finding meaning in love, career, religion, etc. because i have been chasing all those things for my entire life which is a fairly painful process because there’s so much expectation in the “reward”. But “nothing” comes with no expectations. You just live. You’re living in a hell hole or you’re living like a king, it’s all the same. No matter how many followers you have on Instagram, Jordan’s you have on the shelf, it has no purpose in any grand scheme nor will it ever test the sands of time, sorry. But that doesn’t mean don’t strive for those things, just don’t let it take over, make you a consumerist drone. Value morals as rebellion to nothing, valuing wisdom and the freedom of others over material gain.

Like Jim said, “Things are happening, just happening all around. That’s fine. Because it is what is inside that truly sheds any light in this abyss. As Rick’s slow imploding psyche shows, there exists a tipping point where existential questions can be convincingly answered with morbid conclusions.

But you can just as well answer those same questions with whatever absurdity you like and get on with enjoying what’s left of your life. It just takes a little openness and suspension of disbelief. It won’t give you psychosis, it won’t make you forget what you already know, and you don’t have to talk to anyone about it so you won’t even feel silly. I’m just saying, if you can’t make yourself comfortable with the meaninglessness of all of this and want to try to enjoy it again, you can. It’s within your realm of control, your choice; the primary pillar of existentialist thought, you have control. The purpose of life is to love one another and to give each other purpose or at least making the choice to do so.

For more info and a decent listen, look up Dan Harmon podcast

For more info on existentialist thought, here’s a good video: