The attempt to understand what exactly makes an artist’s work great can get pretty tricky. A particular tempo or riff, or preference in post-production are often the answer you’ll get, maybe a bit about how the artist, like most humans, change over time and thus their work has changed as well. When asked to describe the work of Angel Olsen, I find my fingers choking at the keys. In truth, what started as a mere album review of her newest work Phases, I’m left vexed in my hesitation for the right words. Her work has changed since her early 2000’s wraith-like lyrics over the chords to dead sea. But that didn’t cut it. I haven’t discovered anything particularly unique to point out, despite the St. Louis based musician having both a story and sound beyond comparison.

So I did some research on the artist, running through her backstory-live performances, technical changes across the albums, influences, etc.- hoping to find a tear in her veil, but to no avail. And as I search for a pattern in her, I am left with a pattern of my own; A pattern of speechlessness, bewitched by the intensity of her gaze,  every pluck of string holding me captive. Entering the mind of Olsen is entering the eye of the storm, your Peqoud breached with leaks in the midst of a heavy storm, a mad commander slipping to madness. Will I find the fire she burns, amidst the stormy channels, where no witness is meant to stand?

Pitchfork calls it a “collection terrific and revelatory in its own right. It’s a trail of dropped clues to the creative process of the defiantly mercurial Olsen.” , the album itself is a storybook; from her roots in St. Louis punk playing with Good Fight and Bonnie Prince, to her start with lyrically dense work in the indie-folk Chicago scene, sustaining a global audience that extends from Belgium to your laptop. Phases documents the shift of the  artist over the years, a  to the trained eye, the unavoidable DLC to one of the most impeccably talented songwriters of the contemporary age.Imagine a universe where Patsy Cline dropped the swing pop garbage and fell in with the Black Lips, and in this fellowship, Ian Anderson became her angst incarnate. Imagine that shit.

The second album released by the dynamic songwriter, a pivotal switch to a church revival feel, a brief but pre-meditative retreat from previous works like Burn Your Fire For No Witness, and 2016’s My Woman.

An acoustic guitar swings in an introduction and a basic rhythm emerges at the same time as the unique voice of Angel Olsen. With a resounding accuracy and an unstoppable melody, Fly on Your Wall opens the door to a sanctuary world where emanation meets doubt. After the huge success of My Woman released in 2016, the 30-year-old Missouri songwriter offers, with Phases, a retrospective album that is heard as an exciting succession of drafts, demos, forgotten titles with raw atmospheres and with discrete or even minimal production effects. 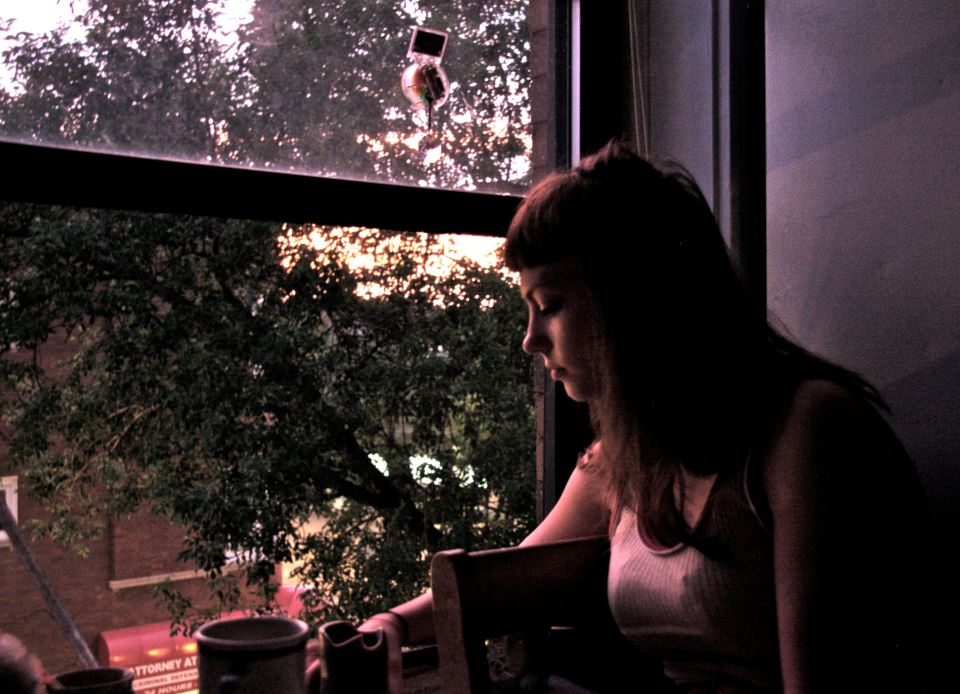 “In all of my dreams we are husband and wife, I’ll never forget you all of my life,”

Olsen draws from within this strained narrative that has solidified her own sound, emphasizing lyrics in a way similar to folk queens of previous times like Steve Nicks and Sharon Van Etten. The coffee shop singer from St. Louis has made steady progress in the alt-rock world since her inception with Bathetic Records. She seems, especially in her newest album, to harness the obscure and anxiety-riddled daydream she seems to suspend in the listener, drawing one in with the progressive folk intro of ‘Fly On Your Wall’ directly into the same twisted narrative we have come to love and enjoy, only to follow with a dive into the dreamy depths of ‘Only For You’ as the third track.

Her music, a testament to both her social commentary and rudimentary outlook on modern love, a story illustrated in tones almost as lonesome and fragile in gripping emotions as her voice carries through each set. Olsen has melancholy in her veins, a vital part to her songwriting, though Phases stands apart from her previous works with a diverse utilization of stringent tones, as she has simply phased out of the singularity in each album that made her stand apart from the rest in the first place.

This dive into the intimate does not impress by its cohesion so much, from one title to another, the environment sometimes changes radically. Only Olsen’s composing talent floods each of these precious tracks that have not found their place on her three previous LPs, probably because of their singularity. They give the impression of being played on the moment and possess the unique aura of the first tests.

Over the twelve titles of this confusing but excellent Phases, the artist plunges into his past and ponders the different styles that accompanied his young career. She is brilliantly rock on Sweet Dreams (written in 2012) or beautifully folk on the delicate guitar-voice All Right Now, May as Well or the bluffing Endless Road where the shadow of John Baez does not remain far.

Then it came to me, her pattern began to show. The storm is her composition; it sings her nature. The variable lies in the atmosphere, utilizing the diversity in her sound to spin a tale, it speaks where she may pause. Each album is a testament to her limits, her battle within the confinements of a genre as well as a reflection of her own sanity. Phases documents the change in this storm over the years, the shift in her gaze from one venture to the next as a collage of intermittent years of songwriting.

But, as on My Woman, the record reaches a prodigious peak when the American stretches as much as possible her lyrical flights as on the staggering Special, more than seven minutes long. Unsettling by its simplicity and harshness, Phases shows in a dizzying way the different facets of Angel Olsen and its melodic depth. The impatience is then great to discover these b-sides on stage in a next tour, planned next year, including some shows in the United States. She’s coming to Asheville on the 16th, so hopefully I can take the time off work to go see her, though it’s going to be like a 6 hour drive.